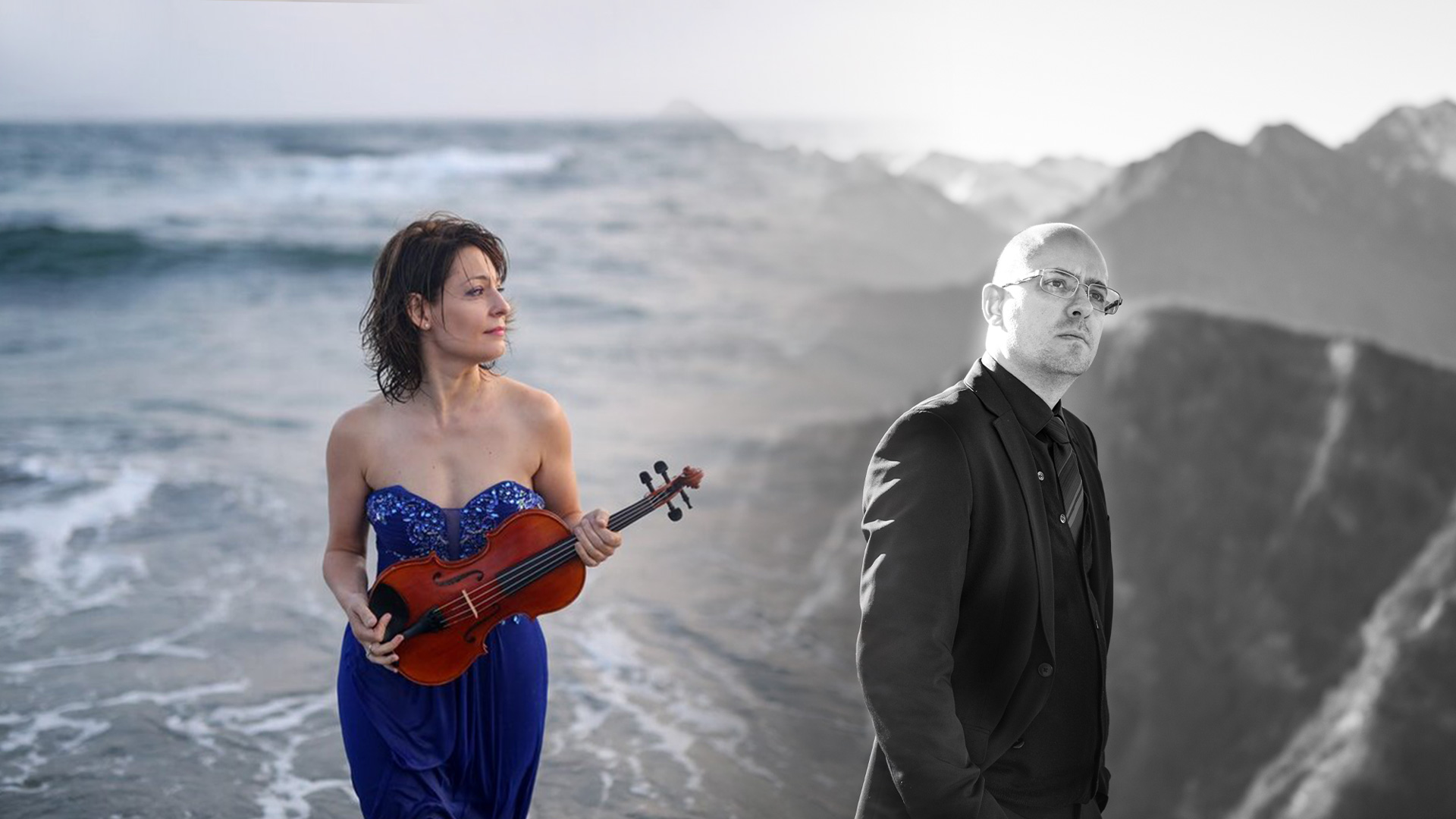 Italian pianist Roberto Plano has won prizes at the Cleveland, Van Cliburn, Honens, and Axa Dublin International Piano Competitions and, in 2018, the American Prize in Piano (professional division). He has appeared with orchestras in Europe, the U.K., Japan, and the United States and performed with groups including the Takacs, Cremona, Fine Arts, and St. Petersburg String Quartets and with soloists such as Ilya Grubert, Enrico Bronzi, and Giovanni Scaglione. He performs as a piano duo with his wife, Paola Del Negro. He is on the faculties of Boston University and Indiana University and frequently offers master classes at other universities.

Romanian violinist Irina Muresanu is known for elegant and passionate performances that stretch the boundaries of classical music. A sought-after soloist and chamber musician who has appeared throughout the United States, Canada, Europe, Asia, and South Africa, Ms. Muresanu is a compelling interpreter of contemporary music. Her concerts have frequently been cited by the Boston Globe as among the “Best of Classical Music Performances.” Ms. Muresanu serves on the faculty of the University of Maryland. She earned the Artist Diploma and Doctor in Musical Arts degrees from the New England Conservatory. She plays an 1849 Giuseppe Rocca violin with an Étienne Pajeot bow.

Jason Fisher is principal violist of the Boston Baroque and a founding member of Boston’s Grammy-nominated A Far Cry—a self-conducted chamber orchestra. He also performs with The English Concert, the Handel and Haydn Society, and the Seattle and Portland Baroque Orchestras. Mr. Fisher is a graduate of the Peabody Conservatory and the Longy School of Music. He is an instructor in the ChamberMusicLab of the Rivers School Conservatory.