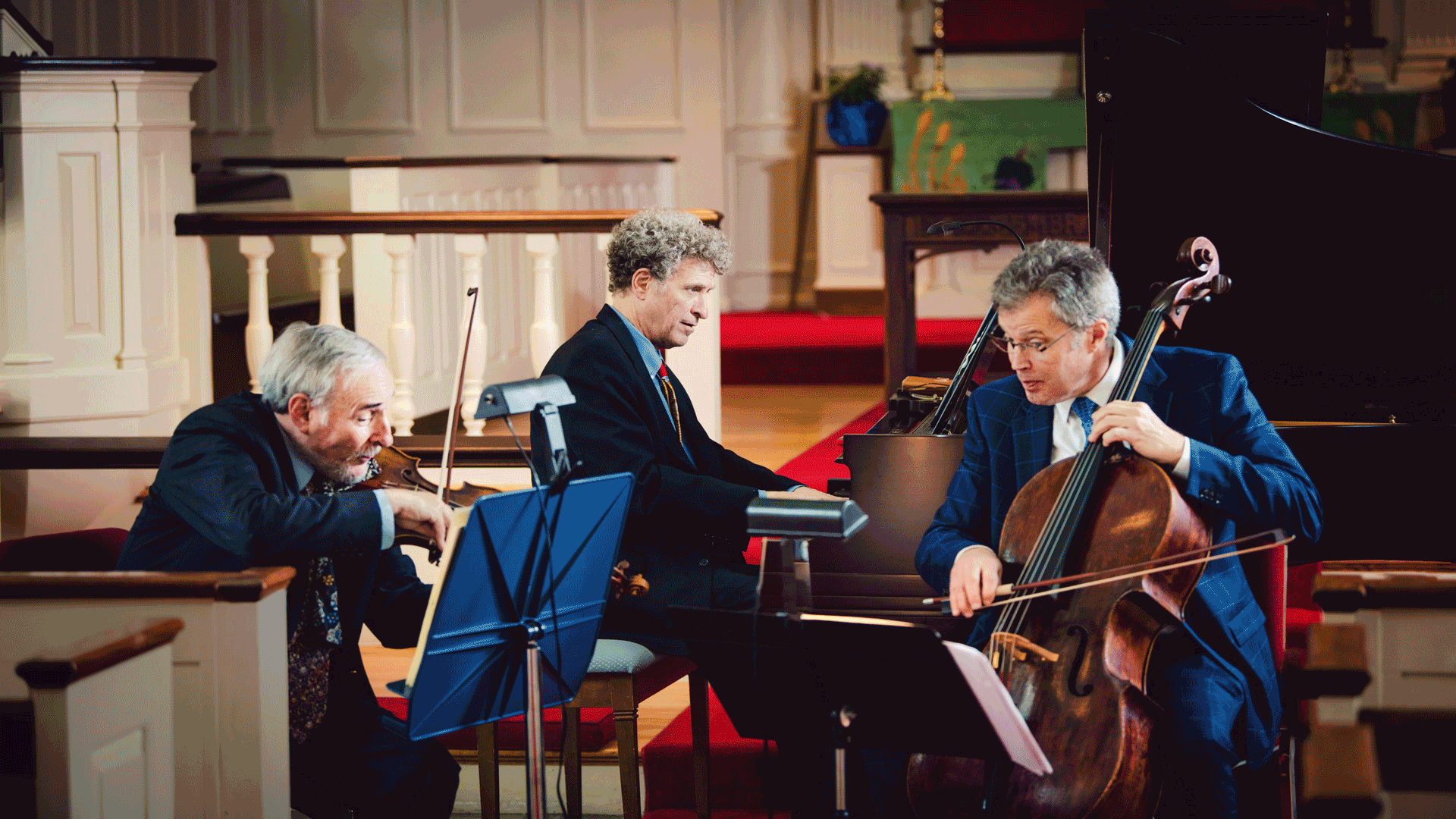 Tried and True, and a Few Things New

With a history of more than fifteen years, the Orion Chamber Ensemble has developed a robust repertoire of widely known piano trios and lesser known gems.

Pianist Randall Hodgkinson has performed as a soloist with major orchestras in the United States and abroad. In addition to his work with the Orion Ensemble, he is an artist member of the Boston Chamber Music Society. He also performs the four-hand and two-piano repertoire with his wife, Leslie Amper. Mr. Hodgkinson is a faculty member of the New England Conservatory, Wellesley College, and the Longy School of Music of Bard College in Cambridge. As a young artist, he won the International American Music Competition and the Tanglewood Music Center’s Cabot Award.

Violinist Peter Zazofsky has appeared as soloist with many great orchestras, including the Boston Symphony, the Berlin Philharmonic, Amsterdam Concertgebouw, and the Philadelphia Orchestra. He often is a featured soloist with Israeli orchestras. As first violinist of the Muir String Quartet, Mr. Zazofsky is proud to have performed many complete cycles of the Beethoven quartets, and to have promoted new works by American composers. Early in his career, Mr. Zazofsky won top prizes in the Queen Elisabeth and Montreal International Competitions. He is a faculty member at Boston University and also teaches at New England Conservatory Preparatory School.

Needham Concert Society artistic director Ronald Lowry—praised in the Boston Globe for “superb” musicianship—is principal cellist of the Boston Pops Esplanade Orchestra and the Boston Ballet Orchestra. He performs frequently with the Boston Symphony, both at home and on international tours. He has presented solo recitals at Jordan Hall and at the Isabella Stewart Gardner Museum, and he has been a guest artist with the Boston Chamber Music Society, the New England Conservatory First Mondays concert series, and the Muir String Quartet. Mr. Lowry teaches at the New England Conservatory Preparatory School, Walnut Hill School for the Arts, and the Rivers School Conservatory.